An educational board game
designed to help ensure
older people can continue to
access and enjoy food
in later life. Face-to-face
and online versions. 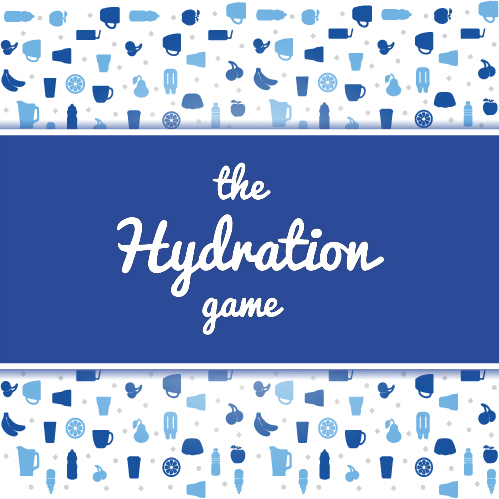 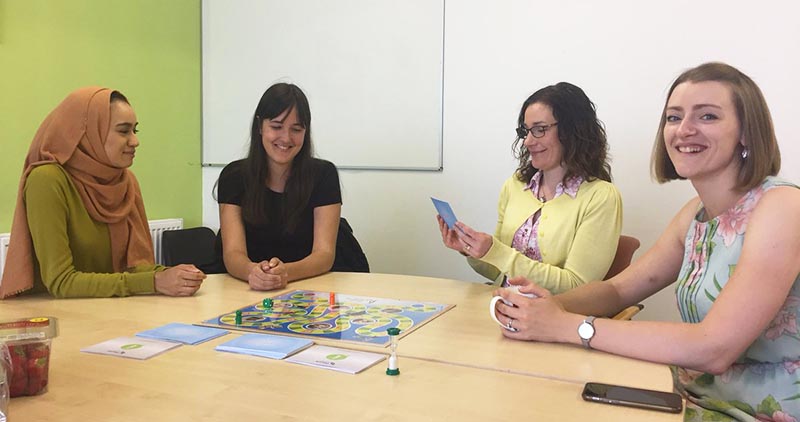 It is vital that individuals and organisations working with older people should understand the challenges that they face. Malnutrition affects 1 in 10 older people and can cause serious health issues like weakening the immune system, inability to recover from illness, and even death. This makes it crucial that older people are supported to cook, eat and shop.

The Food In Later Life Game helps address this issue, delivering practical knowledge and confidence to those supporting, living with or providing a service to older people, with the ultimate aim of improving health and wellbeing for the older generation.

Board game for face-to-face learning.

Generates fun and enthusiasm with a serious purpose and clear outcomes.

Digital board game replicates the intensity of face-to-face on Zoom, Skype & Teams.

Can be used for remote learning or socially distanced face-to-face sessions. Just share your screen with the group, wherever they are. 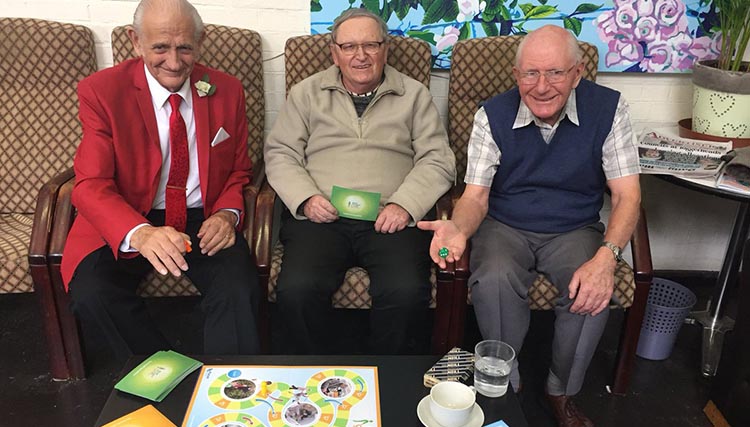 Share stories and learn from older people about their experiences accessing food. 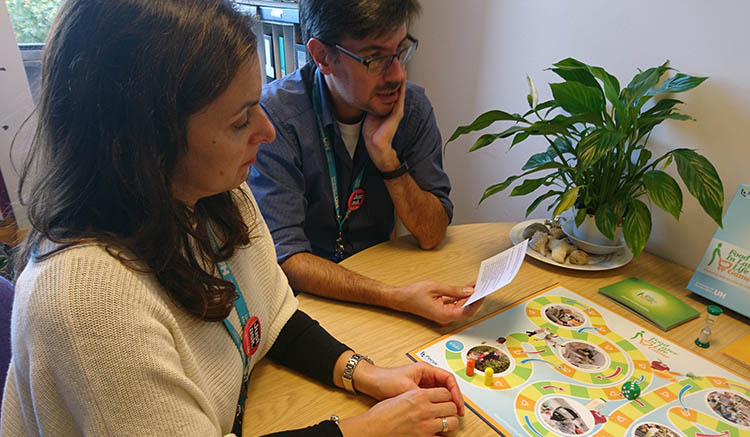 Food security training session for dietitians at University of Hertfordshire. 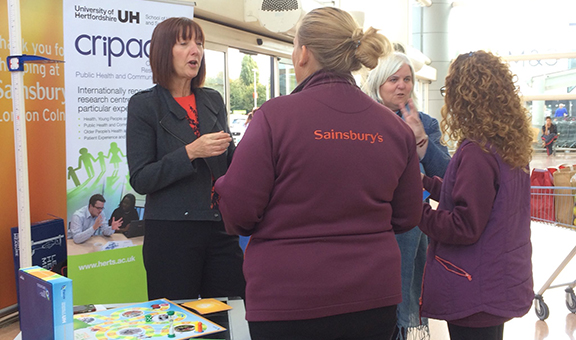 Small changes in approach can make accessing and consuming food much easier for older people. Changes can be as simple as rest areas in supermarkets or large print menus in restaurants – The Food In Later Life Game helps staff discuss and explore the changes they can make to provide a more inclusive environment. 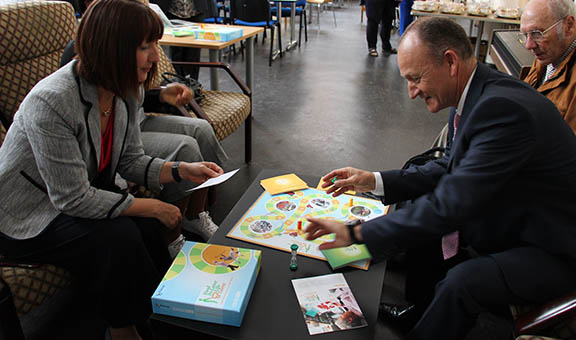 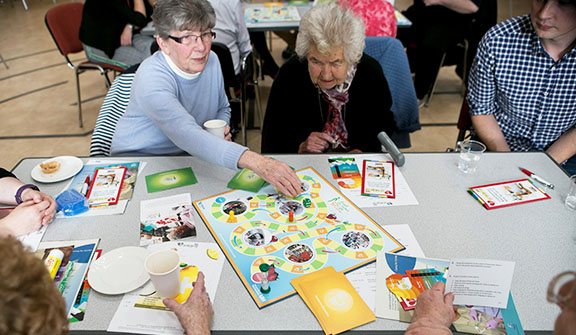 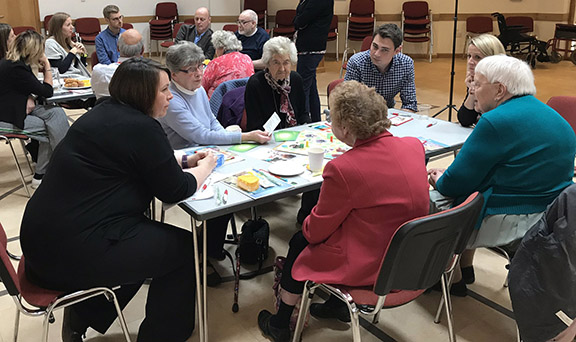 The Food In Later Life Game was developed in partnership with the Centre for Research in Public Health And Community Care (CRIPACC) at the University of Hertfordshire. 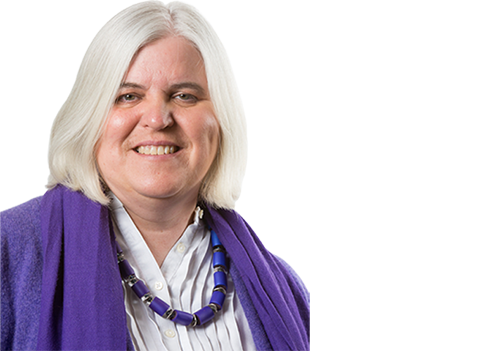 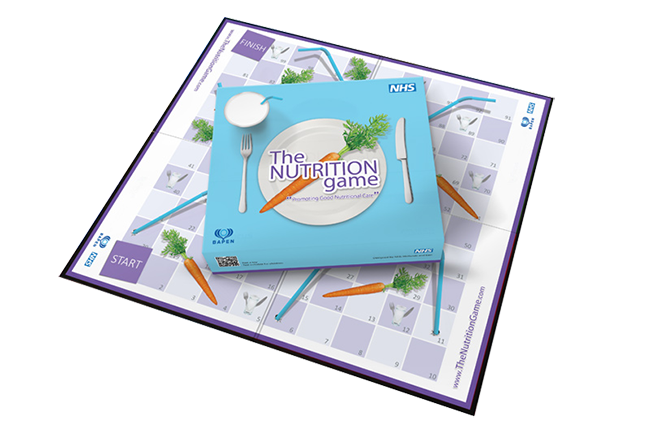 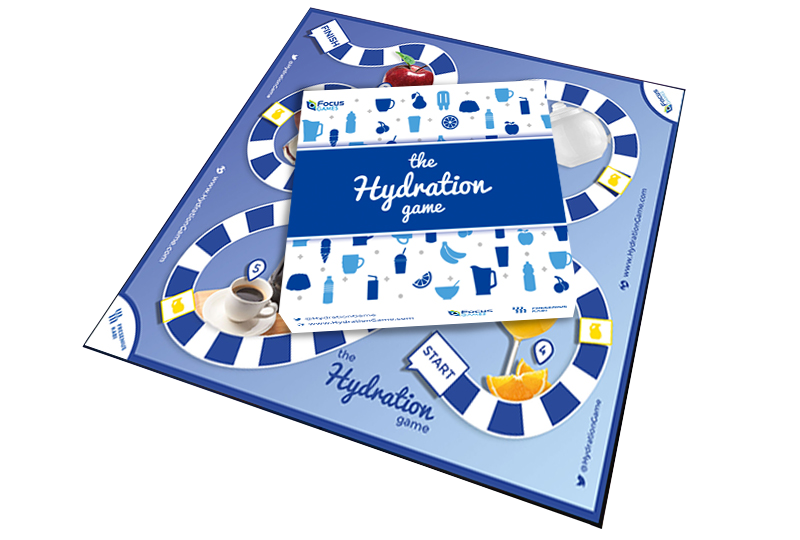